Established in 1947 as the Osteopathic Education Foundation (OEF), the trust is founded on the belief that the future of the osteopathic profession is dependent on its academic advancement and its ability to demonstrate therapeutic credibility.

In 2017, the charity’s board decided to step down and entrust the management of the funds to the stewardship of the Institute of Osteopathy whom it was felt were best placed to administer the fund on behalf of the profession.

The charity, renamed as The Osteopathic Foundation, will continue to utilise its resources and build upon the remarkable heritage of the OEF’s work. The new leadership team will seek to maintain the legacy of the foundation as well as adapting to meet the challenges and opportunities of the future. 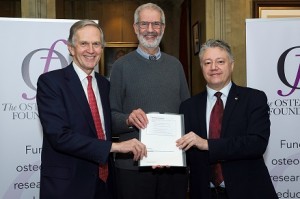 ←   Previous: The Osteopathic Foundation
Next: The Trustees   →