Tim is a qualified osteopath and physiotherapist who regularly lectures to General Practitioners through local networks and the Royal College of General Practitioners. Tim also recently presented a workshop at the Winter Olympics in PyeongChang on behalf of the International Olympic Committee, and Tim himself has worked at four Olympic Games, one World Games, one Commonwealth Games, one European Games, and several World Championships.

Tim runs a group of osteopathic clinics with a team of osteopaths and physiotherapists. Tim’s clinics provide NHS provision of osteopathic care in Wandsworth CCG, Croydon CCG (as part of an MSK Pilot), and indirectly in North East Hampshire and Farnham CCG. The clinics operate out of 15 locations and in 2017 treated over 40,000 patient appointments.

As part of their growth, the team have developed their own rehabilitation software and apps to aid patients in self-rehabilitating, and to assist the practitioners onsite with prescribing exercise software. Tim and his team are working hard on innovation and have a number of technology solutions to healthcare problems, some of which have recently started to gain traction in the NHS as well as private practice.

Tim says he couldn’t do any of it without the support of his wife Kay Allardyce who is also an osteopath, and iO member. 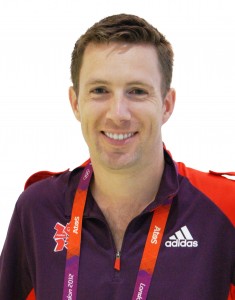