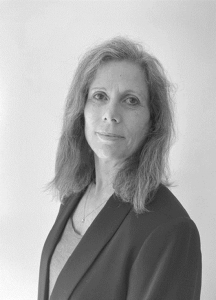 The iO President’s Medal is determined by the iO Council for individuals who have made a significant, career-long contribution to the development of the profession.

iO President, Glynis Fox gave the tribute to Dawn at the presentation ceremony: ‘Dawn’s contribution to osteopathic and non-osteopathic research is significant and cannot be overstated. She has authored 44 publications in peer-reviewed journals in a range of diverse areas that have included fibromyalgia, social prescribing, self-management in chronic pain, infant conditions such plagiocephaly and congenital muscular torticollis, and may more including of course Patient Reported Outcome Measures, commonly known as PROMs.’

‘By any standards, Dawn’s activity and achievements have made an immense contribution to osteopathic research and the osteopathic community, both nationally and internationally.’

In 2012, Dawn was appointed to the role of Director of the National Council for Osteopathic Research. She introduced many initiatives while at NCOR and two years later, Dawn was appointed the first chair of the International Osteopathic Research Network. Last year, she was elected as Chair of the strategy committee of the Council for Allied Health Professions Research (CAHPR).

In a heartfelt and emotional acceptance speech Dawn said: ‘It’s really nice to be appreciated, so thank you. When I was a practising osteopath, you get a lot of appreciation from your patients but as a researcher you don’t get so much, so this is great, thank you. After nine years as NCOR director, I’m quite happy and content to know that I’m leaving the directorship role in such good hands with Dr Jerry Draper Rodi.

‘During those nine years we can describe and profile osteopathic care in the UK and know it is a relatively safe treatment. We also know that we have good and convincing evidence now in its effectiveness in lower back pain and neck and shoulder pain, hip and knee osteoarthritis, tension-type headaches and other areas where the evidence is growing and becoming more convincing. We also have a huge body of data to show patients do respond well to osteopathic care and I leave with a bright view of the future for osteopathy. I’d like to thank all my colleagues at NCOR, the stakeholders and the Institute of Osteopathy for their help and support. It’s been an honour.’

We would like to congratulate Professor Dawn Carnes and wish her all the best for her future projects and endeavours. You can read the full article in the next issue of Osteopathy Today.