After nine years of dedicated service, Ben said goodbye to the iO at the AGM. Since he was first elected to the British Osteopathic Association 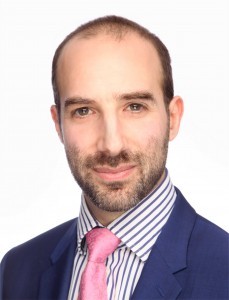 council in 2011. He has seen it evolve into the Institute of Osteopathy and the organisation it is today. Susan reflects on Ben’s time on Council.

“Ben’s contribution to the profession has been enormous. He has a deep commitment to osteopathy in its widest sense and he has shown us a clear vision for what osteopathy should be in the foreseeable future.“ One council member from 2012 recalls a quiet and reflective Ben who listened hard and contributed intelligently, and who was very obviously driven by the desire to see osteopathy develop and grow”.

He has managed massively complex projects and seen them to the end. As well as visible aspects of his roles, there is much unsung groundwork to support the development of standards in the profession.

In his first few years on Council, he was also secretary to the Osteopathic Alliance, working to help to strengthen the organisation. He subsequently brought the OA and the iO into partnership in the iO’s first multi stream convention in 2015. His vision for revitalising the iO Convention format has made it into the hugely successful networking and professional development event that it is today.

Ben marked the start of his presidency in 2017 supporting the development of a new five-year strategy that would see the iO focus on three key pillars of activity, recognition, growth and accessibility.

Throughout he has juggled all these professional duties with a busy practice, and a growing family with two young sons – many is the time when his zoom meetings have been peppered with ‘put the toy sword down Freddy..’. He is also a musician and a food nerd – introducing many of us to sous-vide cooking!

Ben’s parting words at the AGM: “What a pleasure it has been to serve on Council and how good I feel to now leave it. I say that in terms that I never imagined when I first became involved that we would have the quality of leadership that I now see from council and the executive, and the new candidates that we see engaging with the iO’s work. The iO has come on so far and know that I leave it in good hands.”